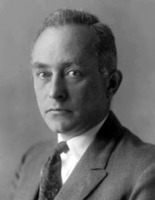 Probably many of you know that my grandfather, of the same name, was a very famous man who practically invented Quantum Physics, in all its strangeness. And as a good friend of Einstein he argued with him over the new ideas that stated that “reality” could not, could never, be absolutely pinned down, that you could only state “probabilities”. Einstein argued that this was only because the full picture had not become clear yet. It was to Max that he made his famous declaration, “God does not play dice!” Max was passed over for the Nobel Prize for years, though others of his students received it much earlier, like Heisenberg. Finally they awarded him the prize for Physics in 1953, and my father told my brother and I just before he died, that Max´s wife had somehow so insulted the King of Sweden that he stormed out of the room and was not present at the ceremony…!! People pleasers we ain´t.
Anyways, I don´t know much about physics. But I visited him in hospital in Germany when he was dying, and asked him if he felt that death was the end… after that, nothing… or, maybe, something…? I was 19 years old and hadn´t seen him for years. To my relief he didn´t freak out, nor answer me in words, but he smiled at me in a way that I interpreted as that he was open minded… I had told him all about my experiments with psychedelics and what I felt these experiences had done for me. I left for England, and he died shortly after, in 1970.
Some months later I and my girlfriend had a session with a psychic at the London HQ of the British Spiritualist Association. The psychic sad to me, right away, “I see a little old man, dear, white hair, you know who I mean?” I thought, old man? White hair? I know lots of people, lots of friends, some are old, 28, even 30… but white hair? WTF…?
“Yes dear, you know…?”
Me: You don´t mean my grandfather…?
“Yes dear, of course, he wants to wish you a happy birthday!”
Wow, I thought, she knows it´s my birthday today… amazing.
But I didn´t connect that with my question to Max till a few months later, when I sat up in bed and said wow!
But where this is all going, is this. Max knew that the Nazis meant big trouble as soon as they seized power in ´33. And he was “Jewish” to the Nazis, though he wasn´t technically (it is through the mother) and he and his family before him were irreligious, in fact anti-religious, and they had all been scientists for several generations. He began to look for university posts outside of Germany, elsewhere in Europe. Luckily he settled on Edinburgh, because if he had accepted chairs in Denmark, Italy, France, Holland, etc…
So he and his wife and 3 children – 2 daughters and my father Gus, fled Germany, years before war broke out, losing his position, his property, and his old life. So they all survived. And he helped many others to flee to safety.
And guess what…? They called him crazy, paranoid, stupid, foolish… all the names people call those who can sense the way the wind is blowing and who act on their belief, even if no one understands, and against enormous hostility. History proved him correct of course. And it is in this sense that I have always identified with him. And I like to think that I have a little of his courage, and some of his suspicion of the “new normal”.
The big difference today is that there is nowhere to run to. There is no safe country, no safe haven, from the new, re-branded Nazi Global Coup – the Great Reset – taking place. Unless we all resist, together… we, and civilisation, are toast. So I don´t care what names I´m called, or how much I am misunderstood… I stand with my grandfather, and all those who can see, who can sense, the gigantic iceberg dead ahead as we plough full steam towards disaster.
Thanks for listening.