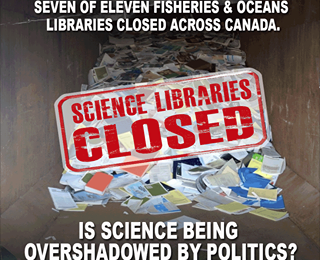 In Business School, (Organizational Behavior) we studied what can happen to organizations that suffer ethical management breakdowns (such as Johns Manville with asbestos, Owens Corning breast implants, etc.). Nothing illustrates the syndrome of management ethical failure more clearly than the current scandal faced by Firestone and Ford. Those companies denied and concealed deaths and injuries caused by tread separation and a high center of gravity in the Ford Explorer for years. Management knew, denied and concealed that their products were defective and were killing people — the classic ethical breakdown.

In the vaccine industry, scientific fraud and conflicts of interest are causing a similar (but much larger) cycle of deaths and injuries that is being concealed and denied by regulators and vaccine manufacturers. However, (as with Firestone and Ford) a noose of their own making may be slowly tightening around the vaccine scandal perpetrator’s necks.

Financial conflict of interest is a complex issue — because few investors (except perhaps Tibetan Monks or Jesuit Priests) are likely to not have pharmaceutical shares in their diversified portfolios in this day and age. But financial conflicts of interest and scientific fraud (that lead to corrupt public policy) damage the public interest and could eventually bankrupt vaccine manufacturers that have perverted the regulatory process. Shareholders should investigate the issue carefully.

There’s only about 100 US Deaths from Firestone tire blowouts. There are thousands of deaths and many thousands of cases of disability and neurological damage lurking in the FDA Vaccine Adverse Event Reporting System (VAERS). This is a potential legal scandal of much larger scope than the Firestone/Ford episode.

US vaccines are licensed by the FDA and immunization recommendations are made by the Advisory Committee on Immunization Practices (ACIP), which is a committee whose members are appointed by the Centers for Disease Control (CDC). ACIP immunization recommendations are enacted into law by public health departments and/or legislatures at the state level, via the energetic efforts of vaccine manufacturer sales representatives. While the ACIP does nothing more than craft and finalize the exact wording detailing recommended doses and ages for administration of vaccines, ACIP recommendations are extraordinarily influential, because they get turned into mandates at the state level.

These vaccine mandates are despotic intrusions into personal liberty and democracy. School districts and social service departments demand that: You must inject these viruses and bacteria into your body (or your child’s body) or you (or your child) may not attend school, you may be charged with child abuse and your children may be removed from your home, placed in foster care and forcibly vaccinated.

Such intimidation is taking place with greater intensity and frequency as more and more ACIP recommendations and subsequent state vaccine mandates are enacted. Furthermore, parents are being wrongfully accused and convicted of shaken baby syndrome in cases where their children die immediately after vaccination and have swollen brains in the autopsy report (brain inflammation is a classic vaccine adverse reaction).

The enforcement of ACIP vaccine recommendations at the state and local level by plodding and heavy-handed health and social service department employees is a threat to the neurological systems of those vaccinated. Vaccine adverse reactions are defined as the same thing as disease complications in the medical literature — encephalitis. “Acute disseminated encephalomyelitis (postinfectious encephalomyelitis–see also Acute Viral Encephalitis and Aseptic Meningitis) is characterized by perivascular Central Nervous System demyelination, which can occur spontaneously but usually follows a viral infection or VIRAL VACCINATION (or, very rarely, BACTERIAL VACCINATION), suggesting an immunologic cause.” Merck Manual (http://www.merck.com/…/section14/chapter180/180a.htm)

Thousands of reports of adverse reactions such as convulsions, brain inflammation, inconsolable screaming syndrome, SIDS and neurological diseases such as Multiple Sclerosis, Transverse Myelitis and Guillain-Barre Syndrome continue to flood into the FDA Vaccine Adverse Event Reporting System (VAERS), where they are largely ignored or tolerated as the cost of some mythical victory over disease. Children and adults are developing the same encephalitic and neurological complications after vaccination that science takes credit for eliminating through immunization — but the CDC, ACIP and American Academy of Pediatrics all insist the vaccine adverse reactions don’t exist or are coincidences.

Unelected, unregulated and unaccountable ACIP medical bureaucrats have blatant financial conflicts of interest and are committing scientific fraud by recommending administration of vaccines that have not been tested for safety in the age groups or populations targeted. Dr. John Modlin, current Chairman of the ACIP (Merck Immunization Advisory Board 1996 – present, Merck shareholder) gave his definition of scientific validity in a March 1999 University of New Hampshire debate:

One month earlier at the February 1999 ACIP meeting Chairman Modlin lobbied for the ACIP to recommend the Rotavirus vaccine for premature infants, although no safety studies had been done, much less peer reviewed or published:

“.. available data are insufficient to fully establish the safety and efficacy of rotavirus vaccine in premature infants … there is a section under Adverse Events that details what little information there actually are with respect to premature infants … To my knowledge we don’t have data from a clinical trial specifically … Some bit of information from Seattle, as I recall, that had suggested that was a slight increase in relative risk for hospitalization for premature infants … Obviously a situation where we have to make a judgment in the absence of data, and with a vaccine that has not yet been tested in the group …” (ACIP transcript, pages 102-112)

Modlin then held a vote and the recommendation for premature infants passed nine to one — Modlin voted yes.

Another case suggesting scientific fraud is the still-existing 1991 ACIP recommendation that every newborn baby receive the hepatitis B vaccine in the hospital within hours of birth. Samuel L. Katz, MD, who instituted that policy when he was ACIP Chairman in 1991 has admitted they had no peer-reviewed, published studies showing that it was safe to give to newborns when the ACIP made that recommendation. (Katz is former Chairman Committee on Infectious Diseases of the American Academy of Pediatrics, former Chairman of the Public Policy Council of the Infectious Diseases Society of America).

When I asked Katz in the question/answer session after his April 12, 2000 NY/Cornell Medical School lecture on “Vaccines in the New Millennium” what peer-reviewed, published safety study he used when he was ACIP Chairman to recommend at-birth immunization of newborns in 1991 he answered: “you are quite right there was no published peer-reviewed study” (tape and transcript available). Newborns have negligible risk of contracting the hepatitis B virus, unless the mother is infected. That risk can easily be determined by a maternal blood test. No US vaccine had ever been mandated for newborn babies before. But Katz and the ACIP decided it was safe to vaccinate not-at-risk for hepatitis B newborns without any proper safety study.

The results of that uncontrolled experiment are in: upwards of 36,000 adverse reactions and more than 440 deaths (VAERS). My daughter died after receiving the hepatitis B vaccine. Katz also admitted that vaccine adverse reactions are the same thing as neurological complications from disease when I pressed him if he disagreed with that definition from the Merck Manual saying “with measles vaccine it is possible that maybe one out of 150,000 children who get the vaccine may get something that mimics measles encephalitis.”

Parents report their children were perfectly normal until receiving the MMR measles/mumps/rubella vaccine, at which point the children became autistic after a neurological adverse reaction to the MMR vaccine (“something that mimics measles encephalitis”). The incidence of measles disease may be down to about 100 cases annually in the US, but the rate of Autism has soared hundreds of percent — a disease historically called “post-encephalitic syndrome.”

This is a huge Anti-Trust violation. The Orwellian spectacle of monopolistic and oligopolistic pharmaceutical manufacturers subverting government agencies to ram unsafe products down children’s veins is a violation of the basic principals of the Constitution and Bill of Rights.

Dr. John Modlin must be removed as Chairman of the ACIP and the scientifically invalid newborn hepatitis B vaccine policy instituted without safety studies by Dr. Katz must be revoked. The investors and directors of vaccine manufacturers such as Merck and Smithkline must recognize that those companies are conducting the classic ethical blunder of selling products that are killing and injuring people — and then concealing and denying the evidence.

A Canadian doctor who treats hepatitis B vaccine adverse event victims told me when he called Merck, they told him he was the first one who had ever called them with such a problem. There are upwards of 36,000 reports in VAERS and I would be delighted to provide them to anyone who cares to investigate the issue for themselves, sorted by deaths, convulsions, screaming syndrome, liver disorder and neurological damage — median onset one day after vaccination.

This is the CDC’s Mission Statement

“To promote the health and quality of life by preventing and controlling disease, injury and disability.” “CDC pledges to be a diligent steward of the funds entrusted to it.” “CDC pledges to base all public health decisions on the highest quality scientific data, openly and objectively derived.” CDC Core values: Accountability — we ensure that our services are based on sound science and meet real public needs …”

The CDC misallocated funds that were targeted for chronic fatigue syndrome (a vaccine adverse event) to some other non-vaccine related pet project. The ACIP Chairman recommended the Rotavirus Vaccine for premature infants without any data whatsoever showing that it was safe. The ACIP recommended the hepatitis B vaccine for newborns without any public, peer-reviewed, published study showing it was safe. The head of epidemiology of the CDC presented a slide showing serious reactions to the hepatitis B vaccine were approximately 10 times higher than for other vaccines at the February 1999 ACIP meeting. The CDC has ignored FOIA requests for the scientific data used to justify the 1991 newborn hep B vaccine mandate.

The CDC has violated its own mission statement and current leadership needs to be replaced. Most people don’t realize that the CDC is a quasi-Military organization that takes great pride in dressing up in uniforms and strutting around one day a week.