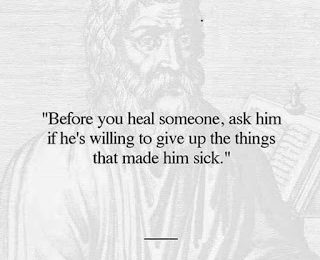 All survivors go through these stages, just some more faster than others.

Consider we are all survivors of the elite, Matrix, Deep State, Caba’al System with all its corruption, deceit, manipulation, debt, indoctrination, crimes, wars, violence, inflation, poverty, separation, identity divisions, sexualization and so on.

We have been victims of the divide and rule game in the energy of traumatized individuals being “not enough” and incapable to own our individual sovereignty and empowerment in Freedom.

They’re either speaking or preparing to speak.

They’re filtering everything through their own paradigms, reading their autobiography into other people’s lives.”

Some have seen through this “System” for ages.

Some are awakening to the restriction and limitation of the system more recently.

Some are just staring to see cracks and inconsistencies in how the system operates and dictates.

Some have no idea that their perceived “normal” is a contrived projection upon them certain beliefs and facts.

There is a huge awakening or information delivery or belief busting going on as people realize what they have been told, taught, mirrored does not match up with the current unfolding reality.

The trances are being dismantled, the spells are being broken, the lies being revealed and the sleep walking is being made conscious.

It may be shocking and numbing.

Evidence and proof is being offered to back up the new claimed information for those able to see and hear.

The deprogramming process or grief process or awakening process tends to follow stages and levels as the individual goes through certain emotions and cognitions.

It is an individual process with different timings and different paths.

You may liken it to escaping a cult like energy of dependence, subservience and authority.

Except the cult is considered “normal” society and culture.

There will be denial, anger, frustration, depression, confusion, sadness along the way to clarity, acceptance, empowerment and happiness.

There are more options shown in the diagram.

So it requires the rest of us to be gentle, kind, loving, holding a safe space, compassionate, grateful as we assist people as they undergo the deprogramming process.

There is no set timetable for it to unfold.

What would it take or me to have the strength and courage to hold onto my reality truth in the face of emotional turmoil and cognitive disturbance??

What would it take to acknowledge my place and space in the deprogramming cycle and process??