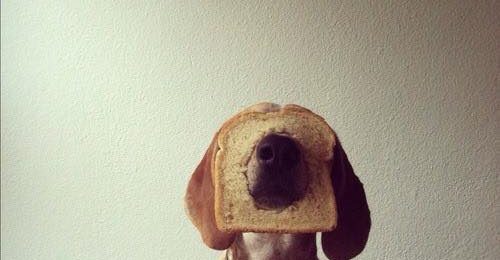 When the whole thing kicked off in March every decision was based on computer modelling, predictions and scientific forecasts. They were the people who told the world if people socialised, moved around, talked to each other within 2 metres and didn’t wash their hands 432 times a day and go round looking like Darth Vader there would be piles of bodies in the streets and the whole world would collapse.

The only way to counteract these predictions is to eirher carry out experiments or to use actual life to rebuff the claims. Of course proving a scientist paid by Bill Gates wrong isn’t easy so you need to make sure it’s a watertight experiment or real life experience. Luckily the Government lifted lockdown and gave Cornwall the task of carrying out the experiment in real life, thus making it pretty watertight.

In July and August 2020 Cornwall had its busiest tourist season in living memory. Estimates say over a million people came to Cornwall over the 10 week period. They came from all over the United Kingdom and across the world. All from different households, families, bubbles, hubs and other new vocabulary introduced to scare people. Cornwall was heaving with people, every restaurant, pub and cafe was full with the eat out to help out scheme creating nothing short of a frenzy, and the hard hit hospitality sector struggling to cope with the demand. Beaches were packed, the A30 was jammed, campsites were full. Cornwall pretty much went against every single piece of scientific advice for two months. But when the people telling you to live your life like a prisoner want a pint of doom bar in Polzeath whilst Sebby and Aggy have a surf lesson no virus is stopping the London migration.

Like all good experiments, we need to investigate the results. Because according to the computer modelling any one of these breaches of protocol will spell doom for all. As the largest influx of tourists went home the day after August bank holiday Monday we are well past the 14 day incubation period of the magic virus so we can safely say we know what the effects were. And they are staggering.

Do you know how many people died from or with Covid 19 at Royal Cornwall Hospitals Trust (Treliske) between July 3rd and September 10th? I will give you 3 seconds to guess.

This virus is that deadly that when you triple the population of the county and go against every single bit of scientific modelling nothing happens. There hasn’t even been a spike in cases. Life is just carrying on. But I bet you don’t see that on BBC News or GMTV as it doesn’t fit the agenda.

So the conclusion can only be one thing. The science was wrong. The experts were wrong. So the government was wrong. But everyone is in too deep to admit that now. Either that or there’s another reason. Whichever it is real life has proved science wrong and we are all continuing to suffer despite it. The sensationalist headlines, the fear, the scare tactics, the media and the government have left half the country shaking like shitting dogs in their own front rooms, afraid to leave the house for fear of death. The other half of the country have already smelt this steaming pile of male cow excrement and woken up.

All through this it has been “trust the science”. Well now it is time to say “trust real life experiences” instead and shove your computer modelling up your Microsoft paid for arse Mr Ferguson. And Mr Whitty will continue to tell you he’s right, because to admit he got it wrong will drop a lot of people right in it. So the people at the top perpetuate the myth and come up with increasing more desperate ideas to keep it that way. Having six people at a table who can’t stand up unless they leave the table because standing spreads the virus is the latest example of what Oxford Professors call “bollocks”

Feel free to check anything i have said. I’ve done my research and used the governments own figures and I’ve got nothing to hide and nothing to gain from this. But to sit back and watch people scared of their own shadows by the constant media bombardment of Project Fear without offering any balance is wrong. I may have retired from all that stuff but it doesn’t mean I can’t see it happening!

So digest what I’ve said, check it for yourself, then ask yourself the questions.

Why? How? Who benefits? What for?

Because thousands of people have lost their livelihoods, businesses, jobs, sanity, health and in some cases lives based on the science. No scientist has lost their job though, despite perpetuating the biggest fraud the world has ever seen.