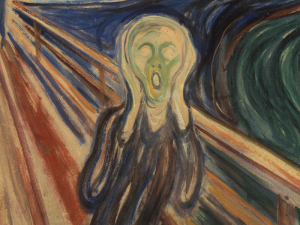 I grew up in a small town called Vidisha, in central India. My family wasn’t poor, but we weren’t rich, either. You might say we were lower-middle class. My father was a policeman, and my mother a housewife. At five-years-old, on my very first day ever going to school, I saw another young boy sitting outside the school gates. He was a cobbler’s son, and he called to my friends and I to see if we needed our shoes repaired. It was our first day of school and our parents had just given all of us new shoes, so we passed him by. But once I was inside, I couldn’t stop thinking about the boy.

All of my friends and relatives went to school. But this boy … this boy did not. It was baffling to me. I asked my teacher, “Why is a child outside the gates and not with the rest of us here in the classroom?” She looked at me and said, “Oh, calm down. Calm down! Poor children have to work. It’s normal.”

Wealthsimple is investing on autopilot

But this still made no sense to me. I asked the principal the same question, and again received the same response. When I got home, I asked my parents, and then their friends. Everyone said the same thing: This is normal. But every morning and afternoon, entering school and leaving at the end of the day, I saw the same boy, calling out for business beside the front gates. To me it seemed clear that this was not normal. And that made me angry.

One day, I saw the child’s father working alongside him, on the doorstep of my school. I asked them: Why is this boy out here working, when the rest of us kids are inside? The boy was shy. He was the same age as me, just five or six years old. He didn’t know what to say, but his father, the cobbler, responded, “I never thought about it. My grandfather, my father, and I, all started working when we were children. Some people are just born to work.”

It has always seemed an obvious injustice to me for any child to have to lose their childhood and freedom in order to work. The spark that was lit inside of me that day has carried me through a decades-long struggle to fight for the rights of children.

I found that idea shocking. Why would some people be “born to work,” just because they’re from a particular community, a particular caste, a certain country, or they’re a certain race or gender. I told the man that I rejected the idea of any child being “born to work” — and I still reject the idea sixty years later.

It has always seemed an obvious injustice to me for any child to have to lose their childhood and freedom in order to work. The spark that was lit inside of me that day has carried me through a decades-long struggle to fight for the rights of children. Right now, globally, over 152 million children are working full-time jobs.

A cobbler asking his five year old son to work alongside him is troublesome, but in India the problem is often much more sinister. Child slavery is rampant. Some kids are simply kidnapped and brought to mines, factories, and agricultural jobs. But often, here’s how it unfolds: A “recruiter” will visit a rural village, saying he’s looking for children to hire at a factory in the city. The children’s parents, destitute and jobless themselves, might unwittingly offer their children, believing it’s a legitimate and worthwhile opportunity. The recruiter might pay a month’s wages up front — 1,000 to 2,000 rupees ($12 to $25) — and promise that more money will be on its way once the child begins to work. After a week in the village, the recruiter returns to the city with dozens of kids in tow.

Of course, the factory never intends to pay the kids for their work, nor return the kids to their parents. They become slave labour. Sometimes the kids might earn 50 rupees a week, which is less than a dollar. And they’ll have to use that money to buy themselves food on supervised visits to a food stall. It’s indentured servitude, essentially. Imagine being a seven or eight year old and having to think about what you need to buy from a food stall each week to sustain yourself — it’s harrowing.

Over time, the children are brainwashed by their handlers. They think that their parents are continuing to be paid as they’re working. The factory managers tell them, “We’re sending money home every week. This is a great thing you’re doing. You’re helping your family.” It’s heartbreaking because many of the kids take so much pride in their work. They think that they’re doing something meaningful for their family, providing opportunities for their parents, their siblings, and themselves, when in fact their family isn’t getting anything. The details are diabolical. Kids are told that back home their mother or grandmother is ill. “You have to work extra hard this week to pay for the medicine,” the handlers tell them. “Otherwise, they will die.” Every week, it’s a different story.

Meanwhile, the families may eventually realize they’ve sold their children into slavery, but they feel helpless, complicit, and ashamed. The local police are often bribed by the abductors and offer little help. Parents feel they have nowhere to turn.

Source: A Nobel Peace Prize Winner on the Economics of Slave Labour | Wealthsimple